We all may think that our native language is easy to learn. However, you may have heard others tell you otherwise. Have you taken a moment to analyze how you acquired your first language? You have spoken it ever since you were a child, but what steps did you take to achieve proficiency? It just came naturally, right?

I have heard a lot of complaints when it comes to learning French. It’s hard! I can’t do it! I can’t have a conversation! Native speakers speak too fast! Don’t worry, though. Today I will show you how to understand native French speakers. It’s not easy, but there are some steps you can take. Ready? 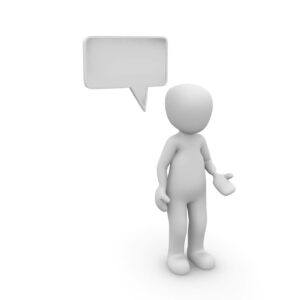 But why is pronunciation important? It’s fairly simple. If you don’t master French sounds and pronunciation rules, you will have a hard time understanding spoken French. You may think that a particular word is pronounced one way, but then it turns out the way you pronounce it is incorrect. As a consequence, you will likely miss it when you listen to a native speaker.

French pronunciation has many rules that we have to learn. Click here to learn more.

Just like any new language, one of the basics is vocabulary learning. Many English words come from French.  We have words like boutique, bouquet, buffet, fiancé, and résumé that we borrowed from French and use commonly in everyday speech. In fact, did you know that nearly 45% of English words have a French origin?

Once you learn more vocabulary, you will have more chances of understanding French when you hear it.

Now, what you learn in school is one thing, but what you learn on the streets, TV, and the internet is something else. If you take a French course, you will learn pronunciation, grammar, and vocabulary…formal French that is. But it turns out that French people speak differently in real life.

One of the most common features in this respect is verlan. It’s some kind of slang that has been used for years in France. It is commonly used, albeit by the younger generations. Be that as it may, it’s something you need to be aware of.

Expose Yourself to the Language

This is key if you’re serious about understanding spoken French. The more you expose yourself to the language, the more you will understand it. The good thing is we have so many resources at our disposal. Think TV shows, podcasts, music, vlogs, tutorials, audiobooks, movies, games, etc. The list of options is endless!

The best of it all is that you can do it from home! All you need is a laptop, tablet, or smartphone and internet. That’s it. There are no more excuses. Just be honest with yourself regarding your level, and don’t push yourself with something too advanced. 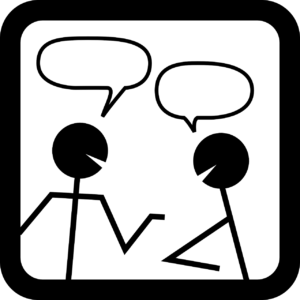 This goes without saying, but in order to understand French native speakers, you have to talk to them! But how can you accomplish that if you don’t live in France or any French-speaking country?

Don’t despair just yet. There are several options you can consider:

For starters, investigate if there are any French conversation groups in your city. If you live in a major city, chances are there is at least one.  You can try Meetup or Internations. That is how I met several of my French friends in Houston.

You can also look for a language exchange partner. There are thousands of native French speakers looking to learn your native language. It’s just a matter of looking for someone that shares your interests. I recommend the conversation exchange site for that. It’s free!

Now, if you are willing to spend some money, you can hire a French teacher. There are many sites online where you can find one. You can try platforms like italki or Verbling.

Finally, if you have the chance to move to France or another French-speaking country, by all means, do it! You might find education or job opportunities there, or you could save up and move to France for a few months on your own. It’s not easy, but remember “when there’s a will, there’s a way.”

We have to understand that learning French is a process. Not all people learn at the same pace. Some people will learn faster than others. Having said that, it’s important to understand the following:

It’s true that learning a new language when we’re grown-ups is not the same thing as learning it when you’re a kid. Our brains function differently, and we may not have as much time to study as we would like to. It may be hard, but it’s doable.

We mentioned above several steps that you can take to enhance your listening skills. Just follow them as much as possible, and you will be able to understand native French speakers.

Have you used any of the tips covered in this article? What would you add? Let me know in the comments section below. Salut, les amis!

4 thoughts on “How to Understand Native French Speakers”