If you have been studying French for some time, you must have come across a peculiar concept: verlan. But what is verlan? All French teachers teach it at some point. It must be important then, right?

There seems to be some confusion around verlan. How does it work? Do the French really use it? Are there any exceptions to it? How can I learn it? What are some good examples?

Don’t worry. Today we will answer all the questions above. By the end of this post, you should have a better understanding of verlan. Are you ready? C’est parti!

Let’s start by answering this question. Simply put, verlan is a type of French argot or slang. The first documented cases of verlan date back to the 19th century. More specifically, it was a language code among criminals.

Verlan has evolved over the years and is the product of a love-hate relationship between the French and immigrants in France. It has become an important part of the French national identity.

Many verlan words refer to sex or drugs, but not all of them. The idea was to speak in codes so those in authority wouldn’t understand, but some words have become mainstream and have been adopted as new words.

How Does Verlan Work?

The principle behind verlan is inversion. The order of the syllables in a word is switched, thus forming a new word. By the way, verlan is a verlan word itself (verlan=l’envers “the inverse”).

The pronunciation of the syllables is basically the same, save for a few exceptions. Other than that, all you do is invert the syllables.

It’s relatively easy to “verlanize” one-syllable words but not so longer words. The problem is that verlan is not standardized, so some words can have more than one alternate form. There are no strict grammar rules around verlan. It’s mostly used in oral form. For all these reasons, non-native French speakers may find it hard to use. 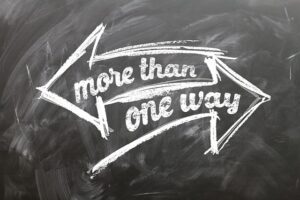 Now that we know a little more about verlan, let’s take a look at some examples. Meuf (femme=meuf), meaning woman or wife, is probably one of the most common verlan words, but there are way many more. Other common verlan words include:

Can All Words Become Verlan Then?

In theory, you could “verlanize” any French word, right? You may feel tempted to do this, but it doesn’t work that way. Even though there are loose rules for verlan, the French don’t invert every single word they speak. As a matter of fact, they rarely invent new verlan words. They only use the ones that already exist.

Verlan continues to evolve, so at some point, somebody must invent the new words. Who does that? We don’t know, but it’s certainly not us. In the meantime, stick to the words that the French already use.

Why Is the Spelling Different?

You may have noticed that the spelling of some words changes when we invert the syllables. Most experts agree that pronunciation is more important than spelling when it comes to verlan. So, it sometimes becomes necessary to alter the spelling to keep the pronunciation of the original syllables. This is especially true when a word ends in an e muet or a pronounced consonant.

Take femme as an example. If we just inverted the syllables, it should be mmefe. How do you pronounce that, though? It’s easier if we drop the final e and add a u. Thus, femme becomes meuf. The pronunciation of the original syllables is similar. The only difference is their order.

The same thing happens with l’envers. It should be verslen, right? Again, difficult to pronounce. It’s easier if we drop the s. Thus, we should have verlen, but for some reason, the French replaced the e with an a. Remember that en and an are pronounced the same way in French. Thus, l’envers becomes verlan.

Does Everyone Speak Verlan in France?

Although verlan is very common in France, not everyone there uses it. It’s mostly used among those below 30. Yes, it’s not exclusive to them. I have a few friends over 30 who still use it, although sparingly. However, it’s not as common outside of teenagers and twenty-somethings.

Having said that, it’s not always appropriate to use verlan. It’s not something you would use in a formal setting, even if you’re young. Remember what we said earlier about it being used among criminals? Verlan came out of the people’s necessity to communicate among themselves in such a way that those in authority wouldn’t understand. It’s their way of setting themselves apart from the rest. It’s their identity.

Verlan was mostly used among young people in big cities and banlieues (the suburbs), but it’s gaining popularity among members of the upper class, too.

Should I Learn Verlan Then? 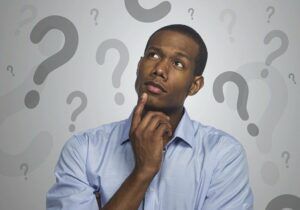 Most definitely. It’s a part of French culture, and as such, we can’t ignore it. Remember languages are much more than vocabulary and grammar. They have to do with the local culture. They go hand in hand.

Don’t obsess over it, though. Some young people don’t use it, and some French people never used it in their lives. However, it’s important to at least try to understand it.

Even if you’re not in your teens or twenties anymore, it doesn’t hurt to learn. You will be able to communicate with more people in different settings. You can even try to impress your French friends! But be careful where you use it or you might come across as silly or disrespectful.

Oh, and there is another good reason you should learn it. Outside of the general population, verlan is also used in music (particularly hip hop and rap) and movies, so it’s important to learn it if you don’t want to feel left out.

Now you know what verlan is about. Summarizing:

There you have it. As always, feel free to leave your questions and comments below. I will get back to you as soon as possible. Au revoir, les amis!

6 thoughts on “What is Verlan?”