Hi, everyone, and welcome to The French Street, a place where you will find many resources if you’re interested in learning French and other things about France.

I’m not a native French speaker, but I fell in love with the language when I started studying it and have been trying to perfect it ever since. I love how it sounds, but it can be a complicated language. If you’re also struggling to learn it, you’re in good company. You’ll love it here. 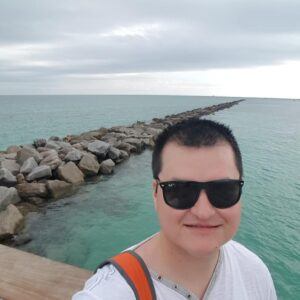 My story with French goes back to 2017. I used to watch videos on YouTube, and I learned a bit. However, If I really wanted to step it up, I realized I needed a tutor. I did some research and found many options. I contacted a teacher, took a demo class, and I liked it. I took a lesson per week on Saturdays for some months until I had to look for another teacher due to our conflicting schedules.

Looking online, I found another teacher. He was younger, and his approach was somewhat different from my previous teacher’s. I took a weekly lesson, and I was learning a lot, but still, I needed more practice.

Since I didn’t know any French speakers where I live, I tried one of the many apps online to get to know some people. I came across Meetup, and I signed up for a group.

That group was multicultural, and there were members from other countries. Their focus was languages and games. I went, and I liked it. I eventually became a regular attendee.

I met a Congolese girl, and we became good friends. Her native language is French and mine is Spanish. She was interested in learning Spanish, so I offered to help her. She taught me French in exchange. Oh, my! Did I struggle with it in the beginning! Fortunately, she was too patient, and I thank her for that.

My friend told me about another group she attended on Wednesdays. She said they gathered at a restaurant and spoke only in French. She invited me, but I was hesitant at first. I didn’t feel ready yet to speak with native speakers.

I continued practicing, and I eventually decided to go. I wish I had done it earlier. All the people were really nice, and they helped me a lot. I even made a few good friends along the way.

Why I Want to Help You

Have you felt stuck while learning French? Are you struggling to understand French vocabulary, grammar, and the like? You’re not alone!

Would you like to learn or improve your French? You’ve come to the right place! If you’re also interested in the French world in general, you will find many resources here.

I will try to provide you with tips and strategies to help you on this journey. It’s not easy, but it can be done.

As I mentioned earlier, I’m not a native French speaker. I just happen to love the language and culture. However, I’ve learned a good deal along the way. I started from the ground up, and I’m sure you can, too!

If someone tells you French is easy, that’s not necessarily true. It may be easy for them, but remember we’re all different. Don’t feel bad if you’re struggling with it. We’re here to help!

Our main goal is to motivate others to continue on their French quest, and if we can have fun on the way, much better!

I hope you find the stuff here interesting. Although this won’t necessarily be a language course, we will cover some topics we all struggle with. Bienvenue!

2 thoughts on “About Me”