In a previous post, we talked about the passé composé, which is one of the most common structures to talk about the past in French. Today, we will talk about another structure that is equally used: the imparfait, or how the French call it, l’imparfait.

We will learn how to use the imparfait and when you should use it. It’s probably less complicated than its brother, the passé composé. We will explain its different uses and provide you with several examples for a better understanding. By the end of this post, you should be able to use it in your conversations. Are you ready? C’est parti!

What is the Imparfait?

The imparfait is a past tense used to describe states of being and actions that were ongoing or repeated in the past. In English, we use the auxiliary be + present participle to talk about continuous actions in the past. This is what we call past continuous or past progressive.

Example: Je dormais quand tu m’as appelé. I was sleeping when you called me.

To talk about habits in the past, we use would or used to.

The good news is we only conjugate the main verb when talking about ongoing actions or past habits in French. Unlike English, we don’t have to worry about the verb to be or used to/would. Isn’t that great?

When Do We Use the Imparfait?

Now that we know what it is, we need to know when to use it. We use the imparfait in the following situations:

To describe a past situation.

To describe someone or something in the past.

To talk about past habits. 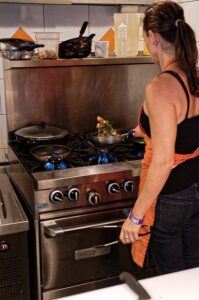 To talk about two simultaneous actions in the past.

How Do We Form the Imparfait?

Remember we mentioned earlier that it’s easier to conjugate verbs to form the imparfait? To form it, we need to add the following endings to the root of the verb:

Note that the endings above apply to verbs ending in -er, -ir, and -re. Let’s conjugate the verb marcher (walk) for a better illustration:

Did you notice we dropped the ending -er and added a different ending depending on the person?

As with all things, there are some exceptions you have to keep in mind when conjugating French verbs. Normally, we would only drop the ending of a verb and replace it with -ais, -ait, -ions, -iez, or -aient. However, it’s a little bit different with some verbs.

For those verbs ending in -ger, we just drop the r and add the corresponding ending. Let’s conjugate the verb manger (eat) as an example:

Did you notice this rule does not apply to the conjugations for nous and vous? For the rest, we add an -e to keep the soft g sound. Otherwise, the g would be pronounced like the g in game.

For those verbs ending in -cer, we drop -er, substitute ç for c, and add the corresponding ending. Let’s conjugate the verb avancer (advance) as an example:

Except for the conjugations of nous and vous, we use a cedilla to keep the s pronunciation. If we didn’t do this, the c would be pronounced like the c in car.

Finally, for those verbs ending in -ir, we add iss to the root of the verb before adding the corresponding ending. Let’s conjugate the verb choisir (choose) as an example: 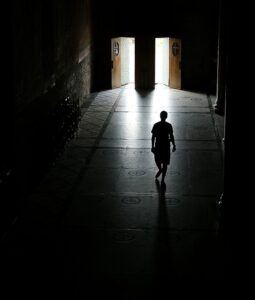 Many students confuse the imparfait and the passé composé. After all, we use those two structures to talk about the past, right? Some situations will help us determine which one we should choose. But don’t worry. We will talk about that in a later post. I don’t want to overwhelm you now.

The imparfait is relatively easy to use to talk about the past. We use it in the following cases:

It’s the equivalent of past continuous/past progressive and habits with would/use to in English.

In most cases, the conjugation rules are straightforward, but there are some exceptions. You will have to memorize the rules for conjugating those verbs ending in -ger, -cer, and -ir. It’s just a matter of practice.

What do you think? Is the imparfait easy? Let me know in the comments below. Au revoir, les amis! 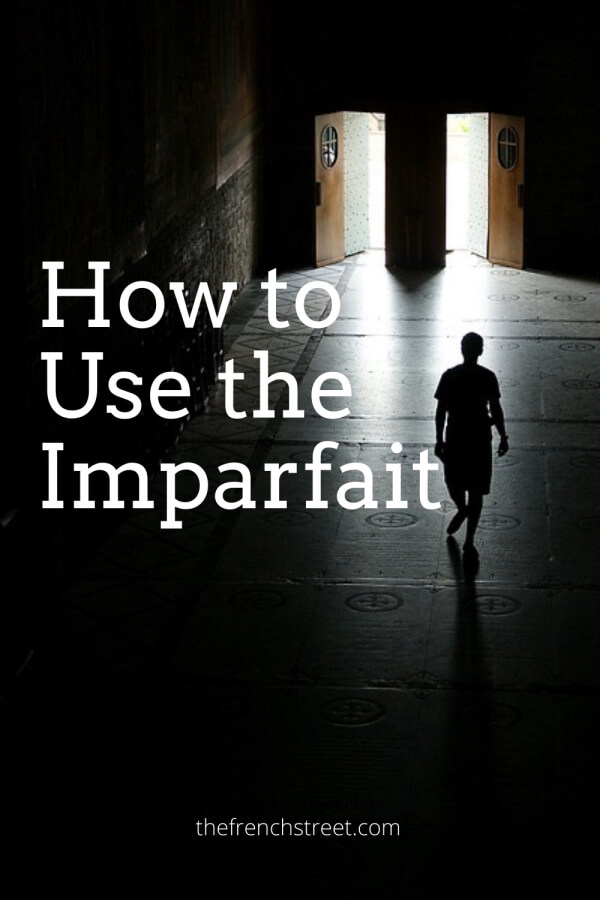 4 thoughts on “How to Use the Imparfait”