Choosing a name for your baby boy is no easy task. Should you choose a traditional or a cool name? Maybe name him after your father or a famous actor? There are so many options out there that it becomes overwhelming.

How about a French name? French names have been in vogue for quite some time. Some people choose them because they sound classy or cool. Or maybe they have French ancestors and they want to preserve their identities, who knows? Whatever the reason may be, we’ve got you covered. Today we’ll show you a list of the most popular French names for boys in 2020.

The results were gathered from a poll answered by BabyNames-App users from France this year. For your reference, we will include the origin, meaning, alternative spellings, and famous namesakes to help you make a decision. Without much further ado, let’s begin!

Popular in: France, Belgium, Canada, the Netherlands, and the U.S.

Popular in: France, Austria, Belgium, the United Kingdom, the Netherlands, Switzerland, and the U.S.

Meaning: “The Lord is my God”.

Meaning: “God is my strong man”.

Popular in: France, Belgium, Canada, the Netherlands, the United Kingdom, and the U.S.

Meaning: “the Lord is my God”.

Meaning: “brave”, “winner”, “what Allah gives to someone”.

Popular in: France, Brazil, Switzerland, Belgium, Canada, the United Kingdom, and the U.S.

Famous namesakes: none at the moment since it’s a recent name.

There you have it. The 20 most popular French names for boys in 2020. As you can see, some of them are really old and derive from Greek or Hebrew, while a few are fairly recent. Did you notice that the most popular names in France are usually also popular in Belgium, Switzerland, and Canada? That is because they share the same language.

Had you heard the names mentioned above? Were there any new names? Would you choose one of them for your baby? Let me know in the comments below. Au revoir, les amis! 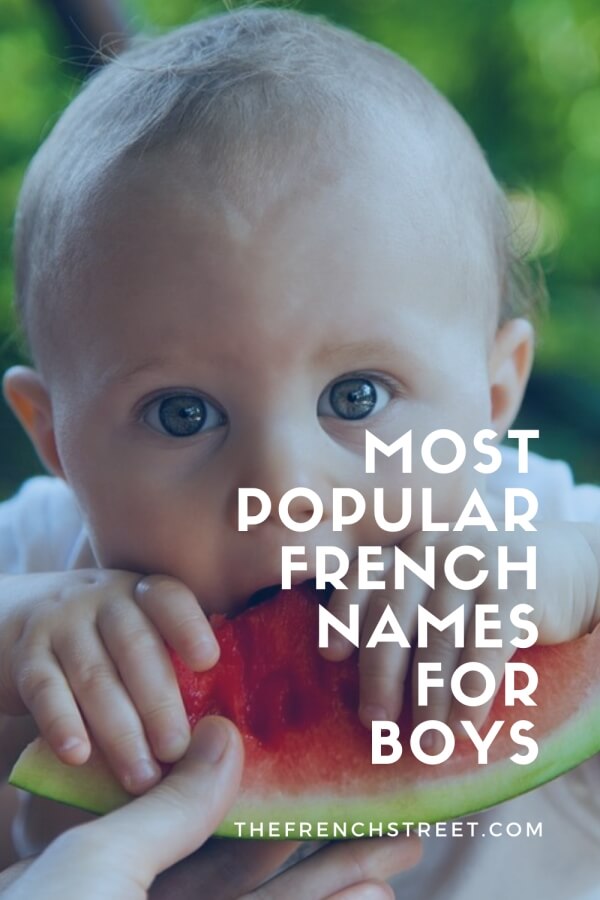 6 thoughts on “Most Popular French Names for Boys in 2020”