Sooner or later, we need to ask questions. What time is it? How do I…? Where is the museum? How much does it cost? The list goes on and on. While asking questions in English or other languages is very straightforward, French is a little tricky in this respect. That’s why it’s essential to learn how to ask questions in French.

There are several ways to do it whether it is formally or informally. You may have heard some of these constructions in the past. It may be a little confusing for French students, but don’t worry. We’ll cover the most common ways to ask questions. Are you ready? Let’s jump right in! 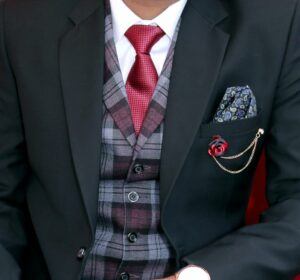 First off, you need to decide whether you want to be formal or informal. This will dictate how you will ask your questions. There are basically 4 ways to do this:

Let’s take a look at each one of them and see the differences between them.

This is probably one of the most used constructions when asking questions. We use this expression followed by the subject and the verb. Look at the following examples:

Est-ce que tu aimes la pizza? Do you like pizza?

Est-ce qu’il a une voiture? Does he have a car?

Did you notice the pattern? The question is always Est-ce que + subject + verb. We can use this construction with all tenses, not only the simple present tense. The answer to questions with Est-ce que is always yes or no.

This is the proper/formal way of asking questions. In this case, we have to invert the order of the subject and the verb, hence the name inversion. Let’s see how it works by changing the examples with Est-ce que.

Did you notice we added a t in the second example? Why is that? Shouldn’t it be “A il une voiture?” For euphony purposes, the French add a t whenever the verb ends in a vowel and the subject pronoun starts with a vowel as well. Both the verb and the subject are always hyphenated.

If we use a proper name, we still have to use a subject pronoun. For example, Peter est-il canadien? (Is Peter Canadian?) You can also place it at the end, although this is a little less formal. Therefore, you could also ask “Est-il canadien, Peter?”

Just like est-ce que questions, the answer to inverted questions is yes/no.

A more casual way of asking questions is by simply changing our intonation at the end of the question. Word order does not change. The only difference is you make your voice go up at the end. Look at the following examples:

Notice this approach is extremely informal. You could use it with family or friends, but not in a formal setting. For formal questions, stick to inversion or est-ce que.

Let’s look at some examples.

Que penses-tu? What do you think?

Tu fais quoi? What are you doing?

Où est l’arrêt de bus? Where is the bus stop?

Quand est-ce que tu arrives? When do you arrive?

Pourquoi étudiez-vous le français? Why do you study French?

Quel groupe préfères-tu? Which band do you like best?**

*Quoi translates as what, but we don’t normally use it in questions unless it’s preceded by a preposition. We can also use it as a stand-alone question. Other than that, we use que.

**Quel/Quels/Quelle/Quelles can translate as who or what depending on the context.

You can watch the video below to better understand questions.

This is extremely formal, but it’s not incorrect. You can add the tag question n’est-ce pas at the end of a sentence. It’s equivalent to the right? in English, although in French it’s more formal. Look at the following examples:

Did you notice the pattern? We have to use a declarative sentence and then add the tag question at the end.

Remember you can also add n’est-ce pas at the end of a declarative sentence to seek confirmation.

You will have to determine if you want to be formal or not. The most formal way to ask questions is by using inversion. Questions with est-ce que are less formal but are not as informal as questions formed by just changing intonation.

So, now you know how to ask questions in French. I hope you liked it. Feel free to leave your comments below. Au revoir, les amis! 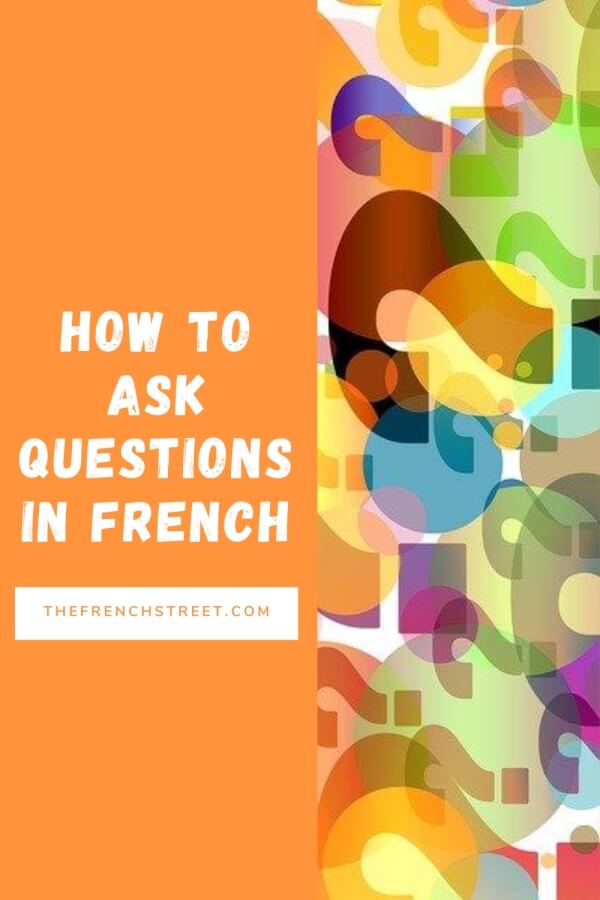 6 thoughts on “How to Ask Questions in French”