If you have trouble understanding the verb avoir in simple present, don’t worry. You have come to the right place. Along with être, avoir is one of the most important verbs in French. We could say it is one of the pillars that support the language. Not only is it used as a verb, but as an auxiliary for other tenses as well.

Avoir is another irregular verb, which means it does not follow the same patterns as most verbs. You will have to memorize the different conjugations and master their pronunciation since that can make a big difference in what people understand when you speak with them.

Well, without much further ado, let’s get started! C’est parti! (Here we go!) 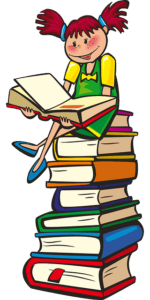 First things first. The verb avoir has six different conjugations in simple present. Look at them below.

ils/elles ont     they have

You may ask why it’s j’ai and not je ai. Remember, in most cases in French, we have to make a contraction when a word such as an article or subject pronoun ends in a vowel and the next word starts with a vowel sound. Therefore, je ai is incorrect. We use j’ai instead.

The most remarkable aspect of pronunciation here happens with vous avez, nous avons, and ils/elles ont. In French, we don’t normally pronounce the last letter of a word save for a few exceptions. However, when a word ends in s and the word after starts with a vowel, we have to connect the two words. In this case, instead of pronouncing s as in sun, you have to pronounce it like z in zebra.

Watch the video below to learn the pronunciation of the different conjugations of avoir. Practice as many times as necessary.

What is the difference between ils sont (they are) and ils ont (they have)? Many people confuse them, and some even say they are pronounced alike. They’re actually pronounced differently. When pronouncing ils ont, you pronounce the s as z (il z ont). See why pronunciation is important?

The most common use of this verb is to express possession.

J’ai une voiture rouge (I have a red car).

Vous avez une grande maison (You have a big house).

Ils ont un beau jardin (They have a beautiful garden).

It’s also used to express existence. In this case, it’s always used with the pronoun il even if we’re talking about singular or plural things. It’s what we call an impersonal verb.

Il y a une différence (There is a difference).

Il y a deux personnes (There are two people).

A third use of avoir is to express age and other concepts that are normally expressed with “to be” in English.

Tu as faim/soif (You are hungry/thirsty).

Il a chaud/froid (He is hot/cold).

Elles ont sommeil (They are sleepy).

Vous avez raison (You are right).

Tu as de la chance (You are lucky).

Avoir is one of the most used verbs in French. We use it in many expressions like:

avoir l’habitude (to be used to)

en avoir marre de (to be fed up with)

We have to conjugate the verbs depending on the subject. Examples:

Tu as envie des tacos? (Do you want some tacos?)

Il a l’habitude de marcher chaque jour. (He is used to walking every day).

There you have it. Today we learned the different conjugations of avoir in simple present. Remember it’s one of the most important verbs in French, so it’s essential to master it. Pronunciation does matter! A single sound can make a difference as we saw in the text above.

The verb avoir has some uses that trouble English speakers, and maybe they don’t even make sense, but keep in mind all languages are different. While in English you might use “to be” to express something, in French you won’t necessarily use the equivalent être. Don’t translate things literally!

It’s getting interesting, isn’t it? In the upcoming lessons, we will be learning more about other verbs and grammatical structures. Step by step, you will be able to express yourself in French and understand the language more. Don’t give up!

Well, folks, that’s it for today. I hope you enjoyed the lesson. Feel free to leave your questions and comments below. Au revoir, les amis!

4 thoughts on “The Verb Avoir in Simple Present”