There are endless stereotypes about every culture imaginable. Americans this, Mexicans that, Italians some more… The French are no exception. A lot has been said about their culture. You may have a wrong impression of them based on what you have seen in movies or TV. I know I did until I met real French people and started to understand their culture from another perspective.

Today we will talk about French stereotypes. Are they even true or are they just made up? What do they say about the French? Is there a foundation for those stereotypes? How are they different from the rest of the world? Let’s find out!

What Is a Stereotype? 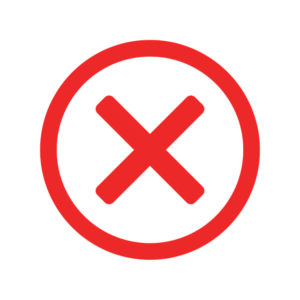 For starters, I think it’s important to explain what a stereotype is. According to Merriam-Webster, a stereotype is “a standardized mental picture that is held in common by members of a group, and that represents an oversimplified opinion, prejudiced attitude, or uncritical judgment.”

Simply put, a stereotype is a fixed, generalized idea that we have about someone or something, often without any evidence or foundation. Our judgment may be biased or simply be based upon pure ignorance. We may think people from x country are one way just because someone told us. Since we don’t have anything that contradicts it, we assume it’s true.

No one likes stereotypes. They have a bad reputation. However, there is sometimes some truth in them. Stereotypes are generalizations. Even scientists use them in their studies. As with everything, there are always exceptions.

Now let’s take a look at some common French stereotypes, shall we? 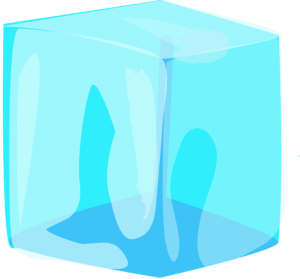 French people along with people from several European countries are perceived as cold. They don’t seem to express their feelings like Latinos, for example. They don’t engage in small talk with strangers. They are also respectful of others’ personal space.

Most French do not smile, at least not in front of strangers. When they get to know you, it’s a whole different story. Probably out of shyness or due to cultural reasons, the French value respect and privacy. That’s why they may come across as cold in the beginning.

Now, it’s important to mention Parisians and French from other provinces are different. Not all French people are alike, but it’s true those in big cities, especially Paris, seem to be more proper or reserved. To be fair, we could say the same about people from other cities like New York City. There are “cold” people everywhere.

French People Are Rude and Arrogant

This goes hand in hand with the coldness mentioned above. We all have heard of numerous times where someone from France was rude to a foreigner. They ignored me! They yelled at me! They scoffed at me! How come they behave like that?

I’m amazed by the number of negative comments about the French on Tripadvisor. At the same time, it doesn’t surprise me because I’ve heard a lot about the subject elsewhere.

One thing that caught my attention was that people complained about the French answering to them in English even though they tried to talk to them in French. They might do this out of shyness or just because they want to practice English.

So, are there rude people in France? Yes, just like there are in the U.S., Brazil, China, and any country you might visit. 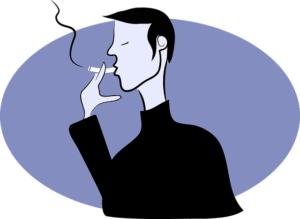 Although the number of French smokers has been in decline in the last few years, it’s still high. In fact, France has one of the highest rates of smokers in Europe. According to a 2018 survey, about 27% of the population smokes daily.

Smoking has been popular in France since the 60s. You can watch a lot of people smoking in movies. In real life too, it’s not uncommon to see people doing it on the street. Many restaurants and cafes have terraces where people like to sit down and chat or drink coffee while puffing away at a cigarette.

If the current trend continues, this will just be a stereotype soon.

French People Complain So Much 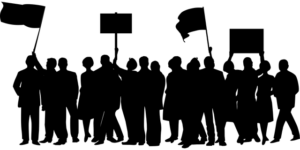 Complaining is considered a national sport in France. The French are pioneers in that field. Complaining goes back to the times of the French Revolution. Ever since they make sure their voices are heard when they don’t agree with something.

Protests are very common in France. The most recent one is the gilet jaunes (yellow vests) movement which opposed a projected fuel tax. The movement drew a lot of sympathizers and international media coverage.

It’s probably due to this non-conforming attitude that the French have what they have. So, do they complain too much? They sure do!

The French Are Stylish 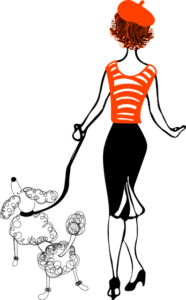 Short answer, yes. It shouldn’t surprise us since Paris is one of the world’s fashion capitals along with Milan and New York City. The French like to dress in style. Fashion has a long history in France that goes back to the days of King Louis XIV.

France is one of those few countries where fashion not only matters to women but men as well. It is a common topic of conversation. That does not mean they’re obsessed with brand names though. Although some people like to buy the latest designer clothes, many others don’t. They just care that they look good on them.

In general, the French like to dress well regardless of the brand. They try to look as presentable as possible at all times. Eating breakfast or shopping in pajamas is a big no-no.

All French People Are Thin

At 21.60%, France has a low obesity rate, although it has been increasing steadily. Many people blame the introduction of fast food as one of the main causes.

Still, the number of overweight/obese people is very low when compared to countries like the U.S. It’s a paradox for many since the French eat lots of bread and delicious desserts. Watch the video below to get a better idea:

There are several factors to consider here:

In general, the French are extremely self-conscious about their physical appearance. It has become ingrained in their culture that remaining slim became second nature to them. 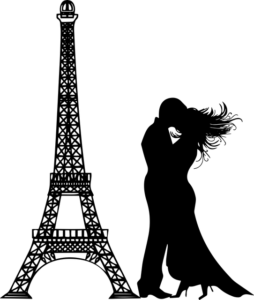 French is known as the language of love. Also, have you heard about the French kiss? Doesn’t that mean they’re romantic? There are mixed opinions on the subject. It was probably more generalized in the past, but currently, the French are more practical when it comes to love.

The French like the chase. They’re often seen as flirtatious with the opposite sex and justifiably so. It’s a seduction game for them where love might not necessarily be involved. It probably has to do something with the high infidelity rates in the country.

That doesn’t mean the French are not romantic. I think it has a lot to do with cultural factors where an action could seem normal to them but seem romantic to us. That and the fact that times have changed too.

Many people have the idea that the French not only don’t speak English but hate it too. There seems to be a rivalry between French and English. Some foreigners claim the French are proud of their culture and see English as a competition.

A French friend explained to me that it was somewhat true in the days of his grandparents. Besides, the education system was not as good as it is today. Students didn’t have to learn English. They now do.

Currently, 39% of the French population claims to speak English to some degree. Out of that 39%, most of it is concentrated in Paris and other tourist areas. 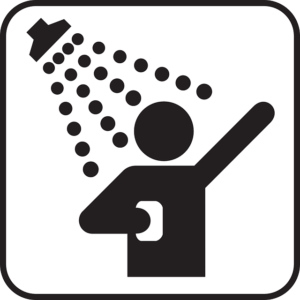 This is one of my favorites. You must have heard at least once that French people don’t shower every day or rarely do. Well, let me tell you this is not completely false.

Just so you have an idea, in a 2015 poll, it was revealed that around 43% of French people don’t shower every day. Furthermore, in a study of 63 countries regarding their hygiene, France earned the 50th place.

Critics argue this stereotype goes back to World War II when American soldiers were in France and there was a lack of running water. Others say it has to do with the climate. In theory, people who live in tropical climates shower more because they sweat more. The weather is not as hot in France so there’s no need to shower as much.

I think it also has something to do with the fact that France makes the best perfumes and colognes in the world. France is famous worldwide in this regard. Some people go as far as to say that instead of showering, they just put on perfume.

As you can see, there are numerous French stereotypes. Remember, some of them are just that – stereotypes. There may be or may have been a little bit of truth in them but not anymore. Take the smoking stereotype as an example. People are smoking less each year compared to their ancestors.

Stereotypes are often seen as negative. It is understandable since more often than not, they’re just unfounded, oversimplified generalizations about others. Also, the cultural factor plays an important role. Sometimes, it’s just a plain misunderstanding. Remember there are always exceptions to the rule.

It’s important not to judge others based on stereotypes. I invite you to get to know the French culture. It’s very interesting and fascinating. Once you accomplish that, you will realize many stereotypes shouldn’t even exist.

What else have you heard about the French? What has been your experience? Let me know in the comments below. Au revoir, les amis! 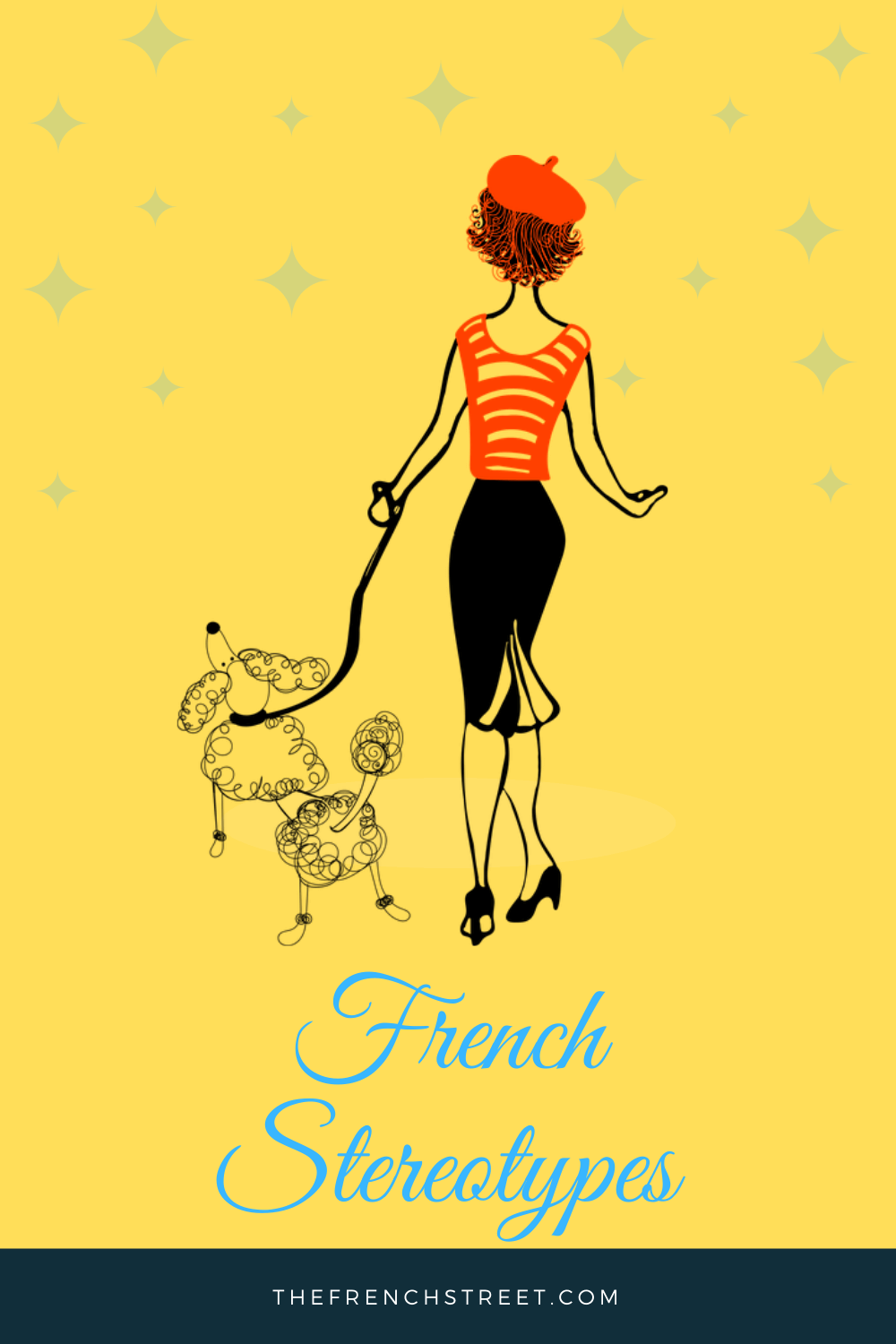