Not too long ago, I wrote a post about the gender of nouns in French. Everything has a gender, so it’s important to understand the differences. This gets complicated for people whose native languages don’t have genders or where they are rarely used. That’s why many of them ask, “Are countries masculine or feminine in French?”

Countries are no exception to the rule. Each country is either masculine or feminine, and that will determine which modifiers (articles, adjectives, etc.) you will use.

But don’t fret just yet. Today we’ll show you some general guidelines to help you determine the gender of a country. We will also cover cities since there seems to be some confusion about them. C’est parti! 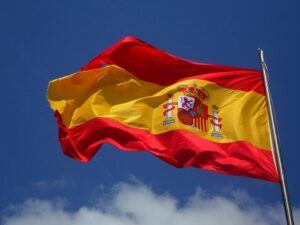 The easiest way to figure out the gender of a country is by its ending. As a general rule, the countries ending in -e are feminine.

There are six exceptions where the countries ending in -e are not feminine:

Other than that, the rest of the countries are masculine.

With feminine countries, we use the preposition en when talking about location.

When talking about origin, we only use the preposition de and drop the article. 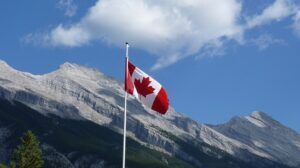 With masculine countries, you have to remember two prepositions: au and du. Remember they’re the contractions of à le and de le, respectively.

For location, we use au. Examples:

On habite au Canada. We live in Canada.

For origin, we use du. Examples:

Vous venez du Royame-Uni. You come from the United Kingdom. 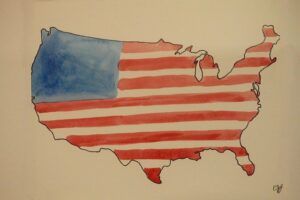 Not only do countries have genders in French, but they also can be singular or plural. No matter the gender, we always use the article les with them when talking about general statements.

J’habite aux États-Unis. I live in the U.S.

Il vient des Pays-Bas. He comes from the Netherlands.

Countries with no Articles 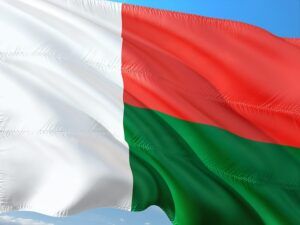 Okay, so far we learned about the genders of countries and what to do if they’re plural. However, not all countries are preceded by articles. Such is the case of island countries and city-states.

Below is a list of countries with no articles:

What does all of this mean? Well, for starters, it doesn’t mean that these countries are neutral. They do have genders, although it’s trickier to figure them out.

Expressing origin is not as complicated. In all cases, we always use the preposition de.

Complicated, huh? I don’t blame you. For a comprehensive list of countries with their French translations, genders, and preceding articles (when applicable), I recommend you check out this link.

Nationalities also have genders in French. When talking about a woman’s nationality, all you have to do is add -e to the masculine form.

Note that when a nationality ends in -en, we double the n before adding -e.

Unlike English, nationalities are not capitalized in French.

Finally, let’s talk about cities. Are they masculine or feminine? Do we use articles with them? What about prepositions?

Unfortunately (or should I say, fortunately?), gender is not quite clear regarding cities. Not even l’Académie française, the maximum authority of the French language, is definitive in this regard. Even French people hesitate about this.

Take Paris as an example. How would you translate Paris is beautiful? Paris est beau or Paris est belle? Well, both are correct! Some would argue it’s masculine, but others would say it’s feminine because it refers to une ville (a city), which is a feminine noun. Confusing?

Having explained that, cities don’t have articles for the most part. We just say Paris, New York, Mexico (Mexico City), Beijing, Tokyo, Sydney, etc. However, there are a few exceptions. In some cases, an article is part of the city name, and we have to keep it. Examples:

When talking about location, in most cases, we just use the preposition à. Examples: à Paris, à New York, à Sydney, etc. The only exceptions apply when talking about cities with articles. In this case, we say au Havre, au Caire, à la Nouvelle Orléans, etc.

As you can see, all countries have genders in French. Most of them have articles, although there are a few exceptions. As a general rule, those countries ending in -e are feminine, and the rest are masculine.

Keep in mind some countries, mostly islands and city-states, do not have articles. They do, however, have genders, but you will have to memorize them.

Cities are more complicated, especially when their names include articles. City genders are not quite clear, so it’s not a big deal as compared to countries.

Understanding the gender of countries in French is essential since that will tell you which prepositions and adjectives to use with them. That doesn’t mean it’s easy. There are a lot of exceptions. You will have to practice a lot, but it’s not impossible to master them.

What do you think? Do countries have genders in your native language? Is French too complicated in this regard? Let me know in the comments section below. Au revoir, les amis! 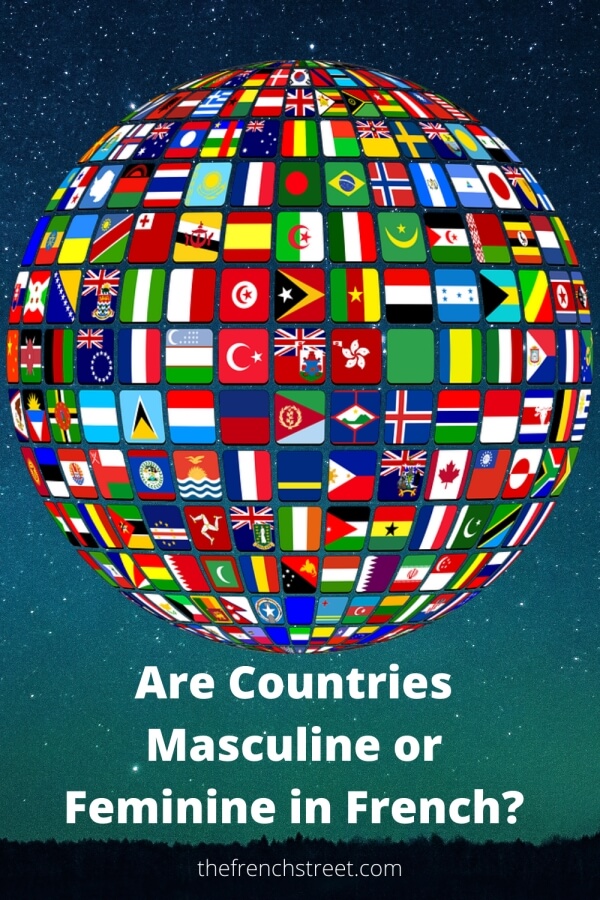 4 thoughts on “Are Countries Masculine or Feminine in French?”